I'm currently on a holiday break from my day job, and even though I should be relaxing it's hard for me to sit still. This was a good time for me to not work on commissions and instead do some of the things I haven't had a chance to work on. As a result, there are a few projects to share. First up is a belt buckle that came about during all the welding a couple weeks ago: 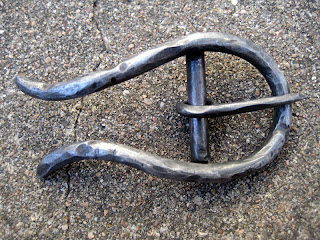 Next is a lacing fid, which is used for knotwork/edge lacing/plaiting. They're great for loosening and/or tightening knots, braids, etc. This one has been ground down from half of a 15mm ratcheting wrench that I found on the street: 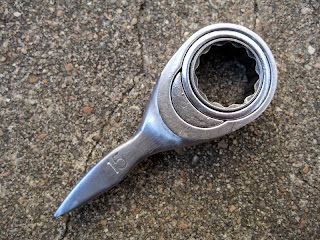 It's a little stubby, but very satisfying to hold. As to be expected, there can't be creation without some destruction, and my knuckle was on the receiving end of a little of that this morning. 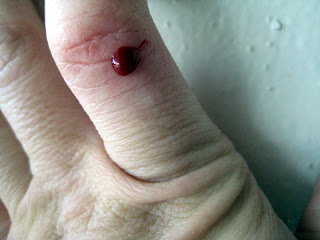 It was while I was finishing up some edge filing on the spines of my Spyderco pocket knives: 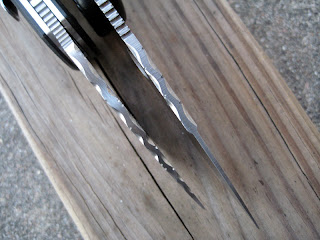 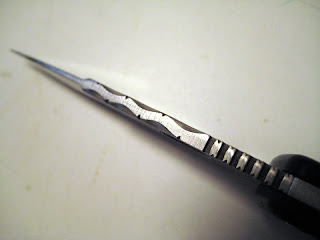 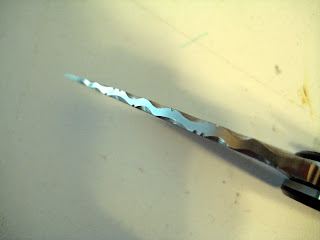 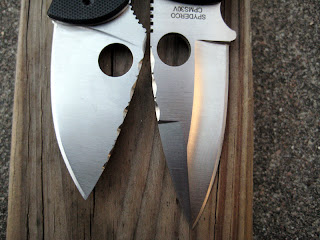 And last but not least - totes! I've had an industrial sewing machine (Juki DDL-555-4) for a while now, and even though I sew all my leather projects by hand there have been some other things I've wanted to make that could be done on a sewing machine. This machine is a beast, and kind of intimidating, and as a result I haven't made much time to sit down and get some practice. Till now. The Juki, myself and some canvas sat down for a few days to get better acquainted and, once we were all on speaking terms, I made myself some sturdy canvas tote bags. The olive green ones are a little more burly, as the webbing goes all the way around the bottom, and I intend to cart my groceries in them. The tan/drab ones aren't quite as tough, but should be just fine for grabbing a few things at the store: 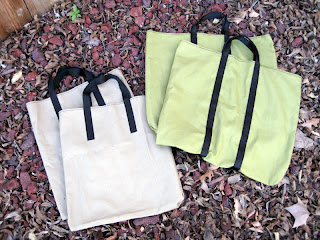 Posted by wombatsucker at 3:33 PM