Too dark and rainy to break out the power tools

As I can't work on what I really want to work on, at least without making my kitchen into a breathing hazard, I'll post some of my recent projects instead. Up first is a bag that's taken a long time for me to get to but was still quite satisfying to make. My friend and coworker had to retire one of the mail hampers at work, but despite the poor condition of the canvas there were still some decently sized sections that were in good shape. Rather than trash the entire thing, he pulled the canvas off the framework and worked up a pattern for what he wanted. After I tightened up the pattern slightly, the Juki and I got to work and made a simple disc golf bag. 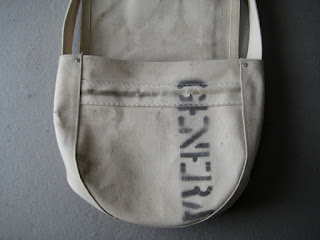 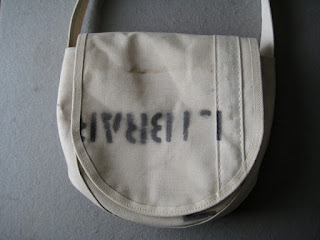 The canvas was pretty thick, so I used a thinner canvas that was laying around for the strap. Also in the works at about the same time was yet another whip. I'm still experimenting with different core and handle materials for the paracord whips, but this combo seemed to work quite well. A section of golf club handle was used for the handle, and since it worked so well last time I used more of the rolled canvas for the tapered core. The handle starts at 12 strands and it tapers down to 6 at the end. The thong, or braided portion, is about 66" long and the entire whip is right at 7 feet. 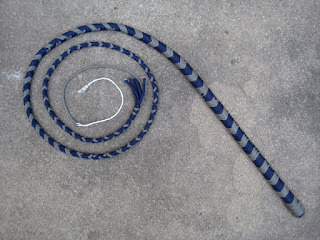 I've been playing with some different designs for wallets, and for these two I made the outer leather, for lack of a better word, veined. 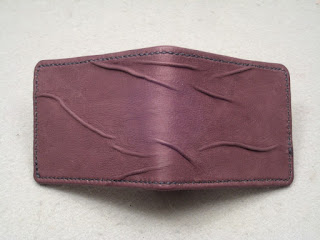 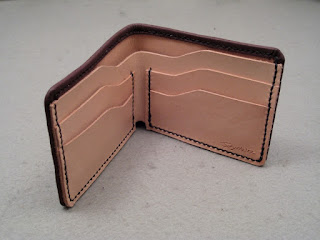 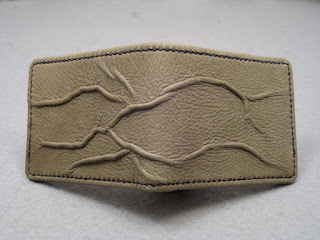 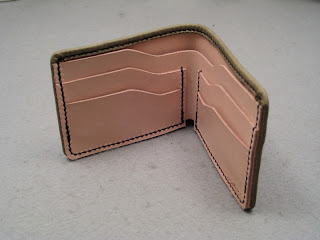 There was a recent request for a multitool sheath that was to be tooled with the imagery of a rabbit. The intended recipient recently suffered the loss of a pet rabbit, so the client wanted to give him a memorial of sorts, but one that was still useful on a daily basis. There wasn't a whole lot of room on the sheath for tooling, so I kept it simple. Instead of a belt loop, we decided to go with a clip, so it could still be attached to a belt but also to a pocket. 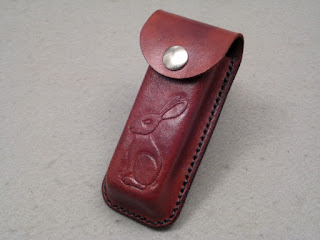 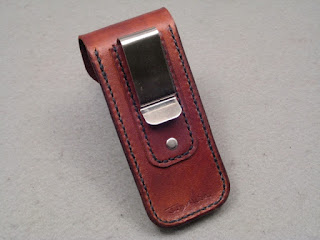 Last but not least, it was time for me to improve the cargo hauling capabilities of my commuter bike. I've got a bag for daily use, but it's nearly always filled with my regular gear and there's not much room for things picked up from the store or found on the side of the road. Some simple panniers were called for, but I wanted to be able to roll them up when they weren't in use. This is what I ended up making. 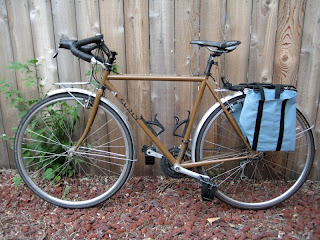 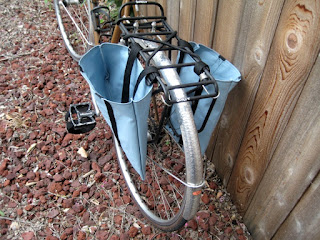 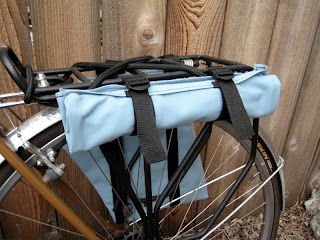