It feels like I haven't gotten much work done lately, but looking back on some recent photos proved that this was not true in the slightest. Not much work was accomplished as far as crossing projects off the waiting list, but there was still plenty of productivity. Up first are a couple of gifts for the Arts and Drafts holiday party. We always have a white elephant gift exchange and the crafters are quite ruthless when it comes to gift stealing. For a useful gift, I carved a crochet hook out of a section of elk antler and put a skull in the handle: 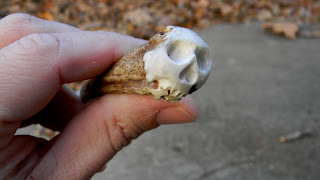 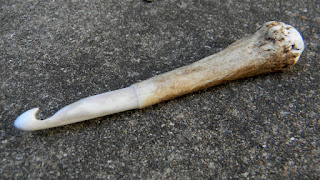 Then, as an experiment and because it makes me laugh, I made a riding crop from a section of fishing pole, some paracord, and some leather. I tooled a small "A&D" logo at the business end to keep things appropriate, and here's the end result: 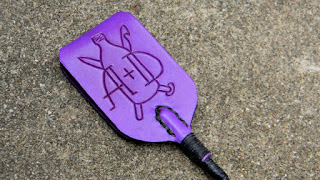 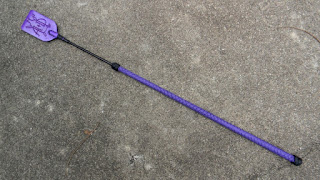 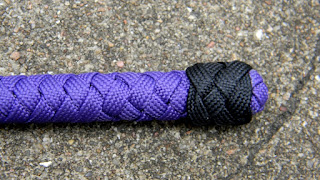 As you probably noticed, Christmas just happened and even though I always say I'm not going to do this, I ended up making a few gifts at the last minute. My brother-in-law was rumored to like slim wallets of the front pocket variety, so I made him one out of black buffalo calf. Two card pockets on either side and a space for cash in the middle, yet it's still quite thin: 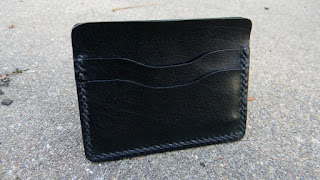 It had been a while since I'd made anything for my sister, so she received a sunglasses case. It's constructed with a vegetable-tanned interior, an olive green calf exterior, and a couple of cane toad accents on the ends: 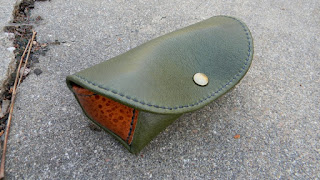 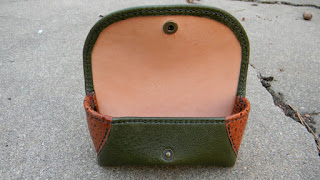 My mom managed to destroy her previous gardening tool caddy, so I got reacquainted with the industrial sewing machine and made her one out of blue and natural canvas with webbing handles. Lots of exterior pockets and two small pockets in the large interior section: 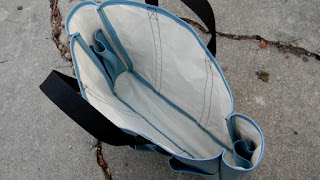 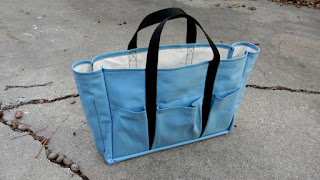 My girlfriend loves giraffes, and I like to think of myself as someone who knows their way around a rotary tool, so I carved her a giraffe head pendant for a necklace. It's made out of G10, which is a glass-reinforced epoxy laminate often used in knife handles. The chain is a solid brass peanut chain: 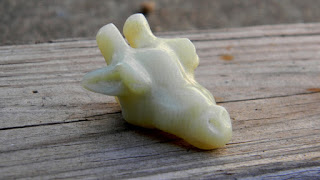 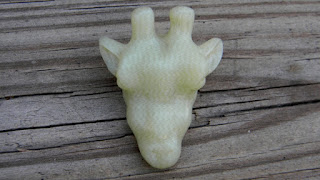 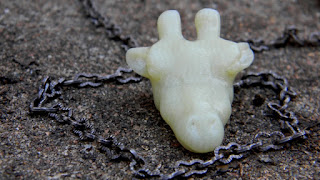 This particular project took up a large chunk of my holiday vacation, but it was worth it. I've been wanting to make myself a porteur rack for the front of my commuter bike, and the holiday break was the perfect opportunity to work on it. I'd started it earlier in the month, but only had a little bit of time here and there to work on it. Once I had numerous days off in a row I could get some serious welding done: 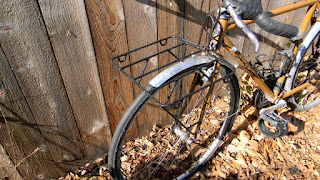 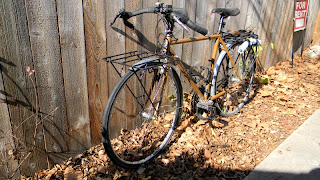 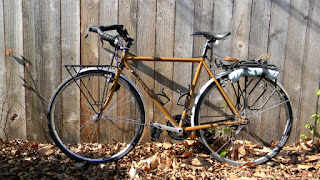 It was constructed from mild steel rod, 1/4" diameter, and was then wrapped in athletic tape, painted with enamel and then clear coated. This serves a few purposes - when it's dry, it's tough as nails and makes a great protective coating. It also acts as urban camouflage, by making the rack look less polished and hopefully less of a temptation to thieves. Also, it disguises the fact that my welds are not that pretty. I ended up giving a previous rack the same treatment: 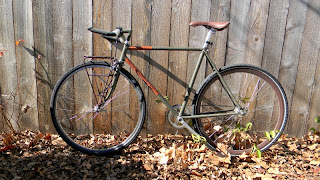 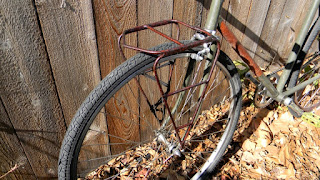 Posted by wombatsucker at 8:11 PM No comments: