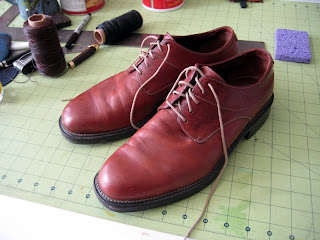 This is a pair of oxfords I found in a local thrift store. They were cheap and in really good shape. I'd been on the lookout for a pair, in either dark brown or black, and despite the too-bright color these were comfortable and fit. However, that shade of brown had to go. 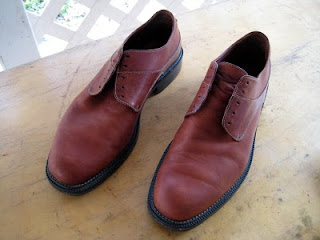 After a scrubbing with the deglazer. I decided to keep some of the original color, in the middle portion of the shoe (the name of that piece escapes me.) 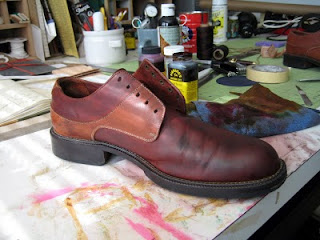 After the first try. I used a light brown dye. It looked, well, just OK. 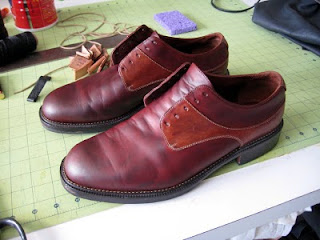 Both shoes have been dyed, but there really isn't enough contrast for my taste. I grabbed a bottle of cordovan dye, and: 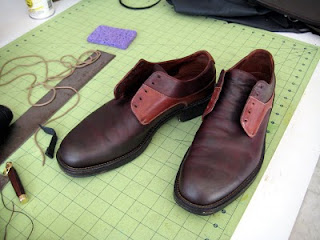 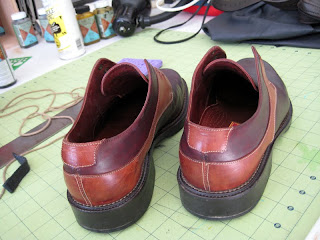 Much better contrast this time around. I was very happy with the results, but upon further reflection realized that I'd probably never wear shoes in this dark, reddish shade of brown. Days later I gave it another shot: 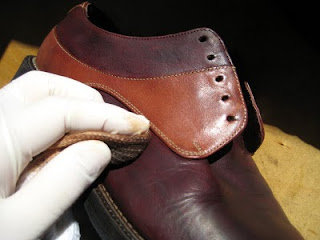 Deglazing again with an old sock. 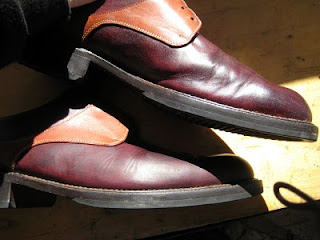 You can kind of see the difference. The shoe on the bottom has been deglazed, but not the shoe on top. 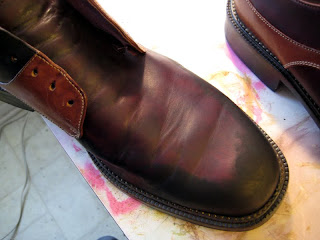 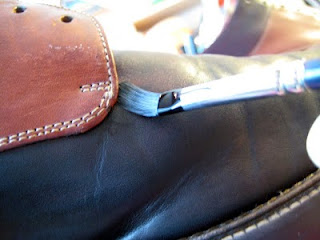 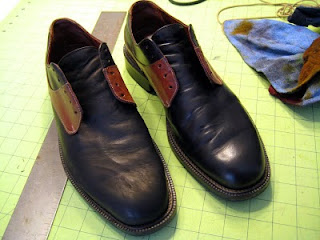 After dyeing. The shoe on the right has been buffed to remove any excess surface dye. This is before sealing with Neatlac. 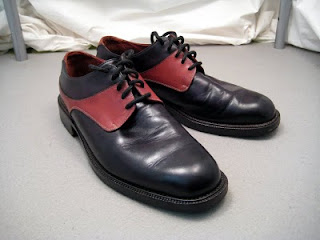 The finished product. I only used one coat of black dye so some of the cordovan shows through, but it's subtle. Now, if only the ground wasn't covered in melting snow...
Posted by wombatsucker at 10:03 AM No comments: