There was a wallet I made as a Xmas commission last year, for a friend to give to another friend, and it was recently involved in an accident. It took a trip through the washing machine, and they wanted to see what I could do to fix it. Here's the washed leather after disassembly: 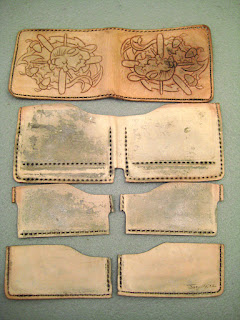 It clearly needed some help. What it took was to be deglazed multiple times, to get rid of any old dyes and sealants, a lot of dye and a lot of oil and conditioning. The end result: 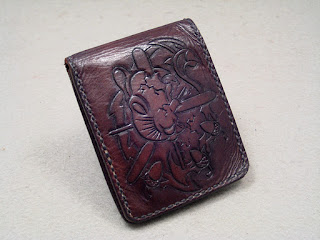 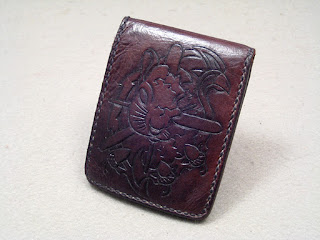 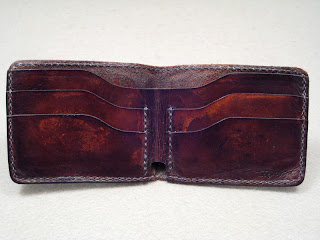 It still had some variations in the dyeing, especially inside on the pockets, as I don't think all of the original sealant came up, but at least it's close to it's original coloring.

Onto the next wallet. This was a commission for a Bar Mitzvah, and the idea was to place imagery from a Menorah on the outside, and the inside was to be inscribed in Hebrew with his name and the date of the ceremony. Luckily I work with a Hebrew bibliographer at the library, and he was able to help me with the translation and font choice. 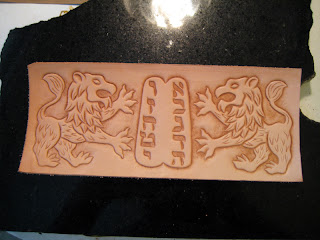 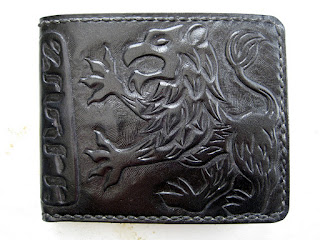 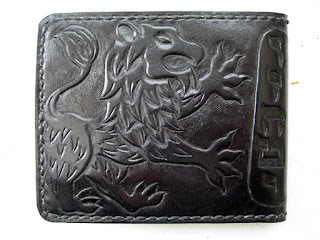 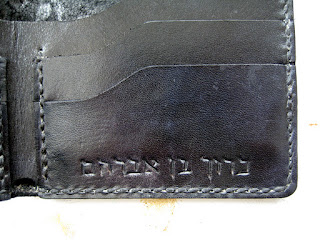 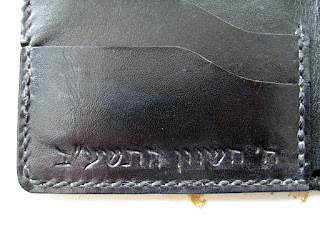 My camera doesn't handle black leather very well, but I'm told the recipient was very happy with his gift. Up next was a birthday commission for the same individual who commissioned the above wallet. His wife wanted to replace his aging biker trifold with something more personal, and suggested using Ray Harryhausen fighting skeletons for imagery. This was a fantastic idea, and I set about making a sketch for something that would be recognizable as such without directly ripping off anyone: 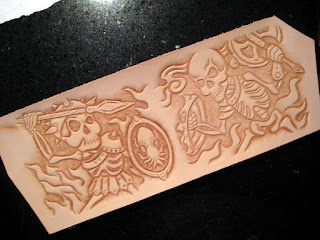 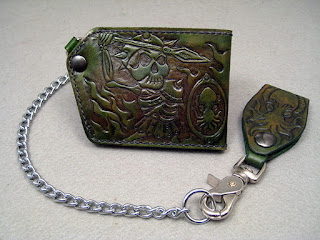 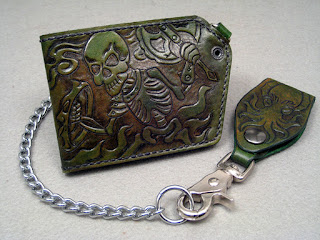 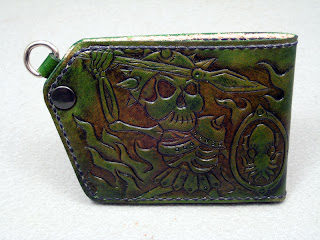 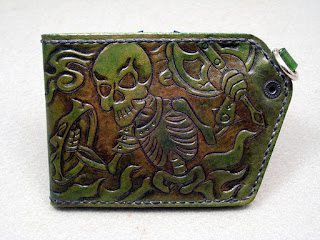 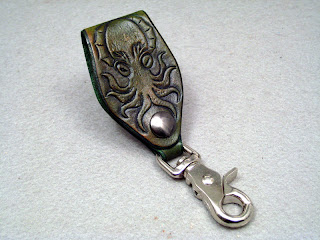 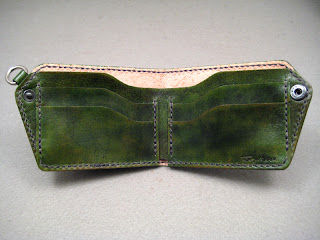 This design snaps securely shut and utilizes a chain, just like a biker wallet, but without the bulk of a trifold. And last but not least, a couple of photos of current projects. I'm in the middle of making a molded leather holster for a gigantic pistol, so here's a photo of the in-progress molding: 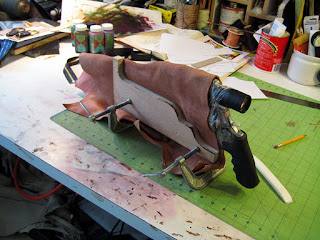 And here's a pic of some recent additions to the leather stash. I walked into the store intending to buy rivets, and walked out with rivets and eight hides. The lure of odd leather at a great price was simply too much to ignore: 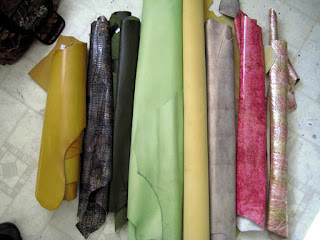 Posted by wombatsucker at 7:48 AM No comments: 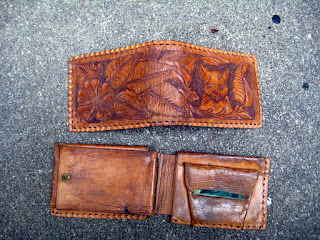 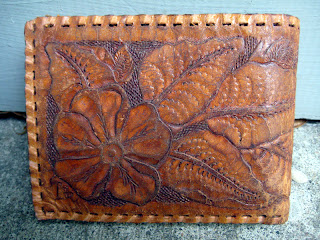 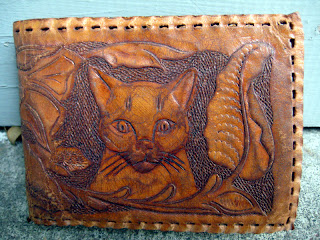 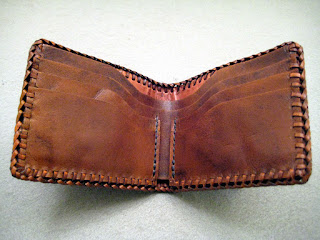 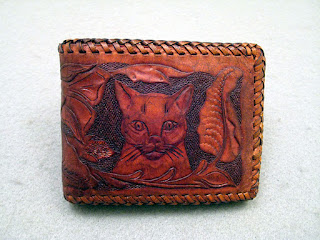 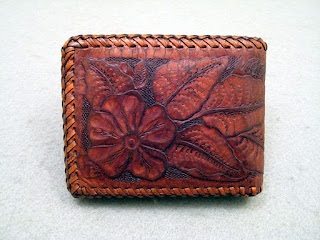 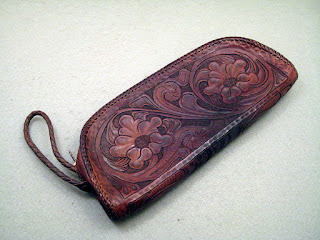 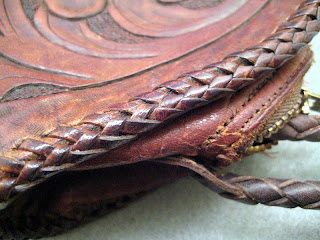 Posted by wombatsucker at 8:55 AM No comments: