Recent projects that have occupied my hands and brain

Recently I picked up a Martin Turbinator T-100 stand hair dryer via our local Freecycle, and of course it had to be turned into a lamp. I started this particular project over the holiday break, welded the stand yesterday, and finished the wiring earlier today: 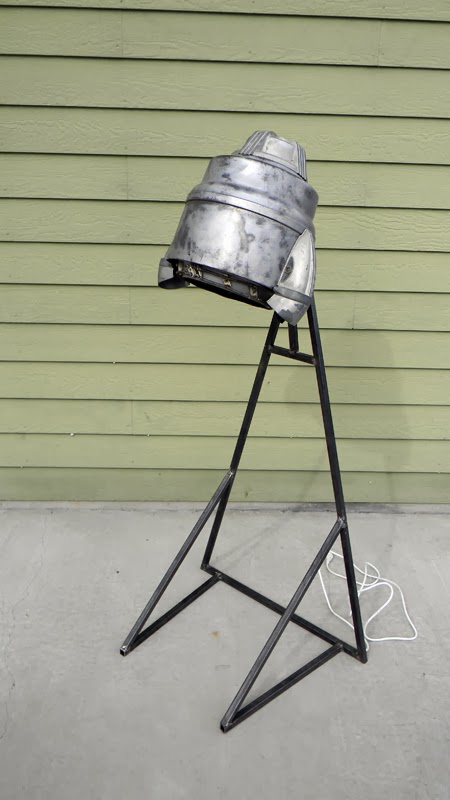 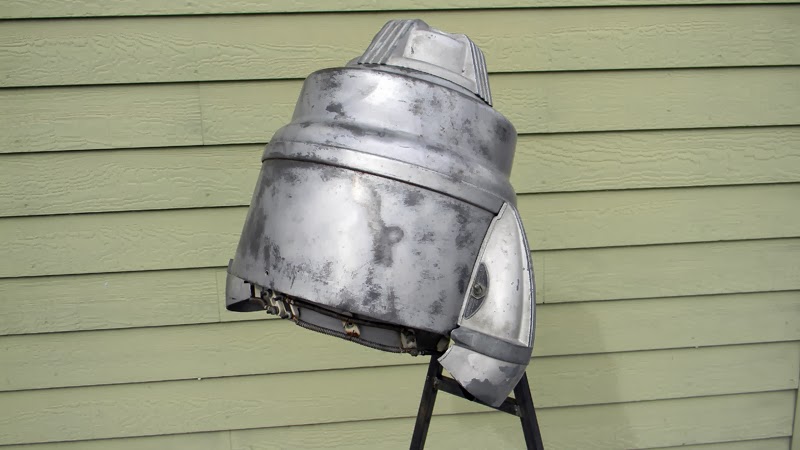 I wired the bulb to an existing exterior switch, and flipped the heating element upside down and that made an excellent screen for the bulb. It is mounted where the motor used to live: 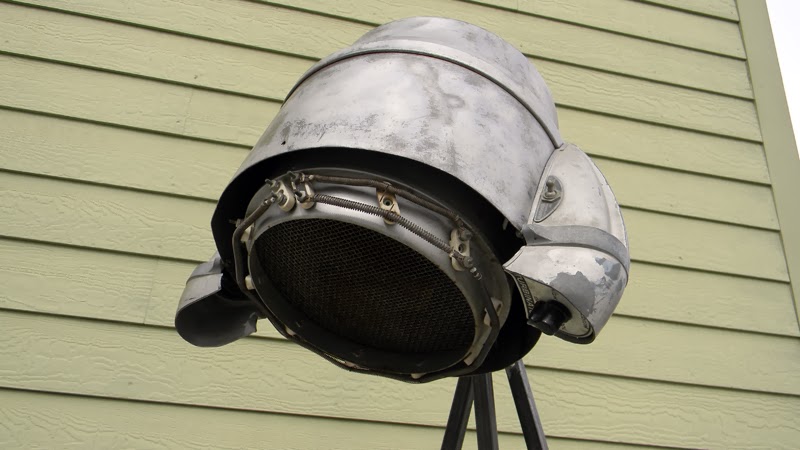 It was easy enough to run the cord through the square tubing for a neater appearance: 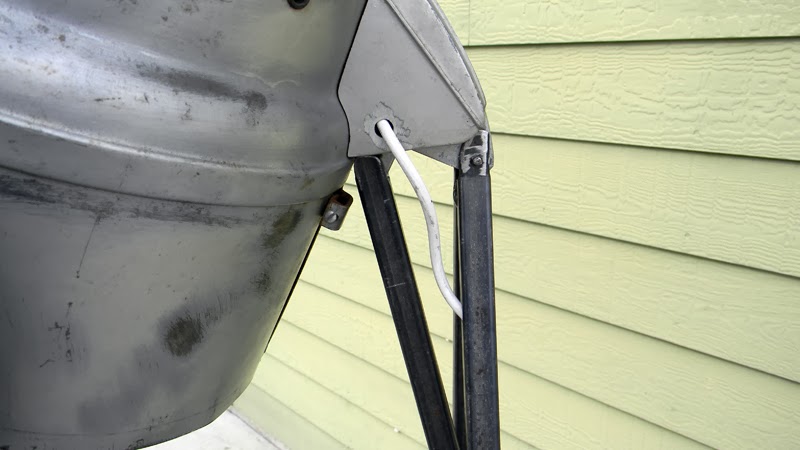 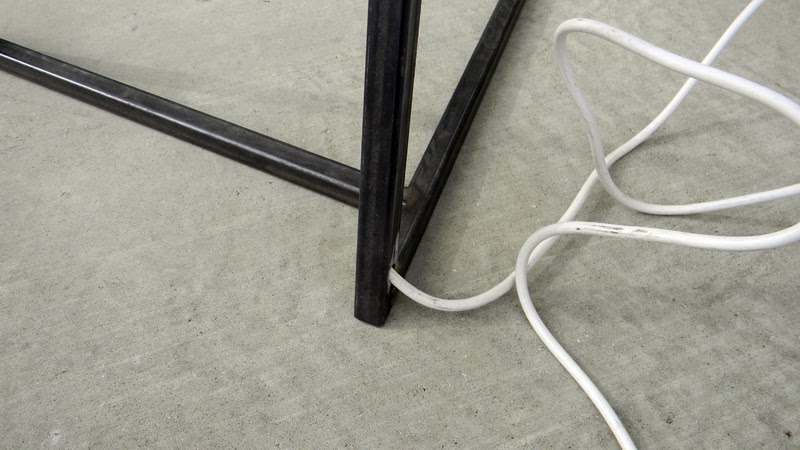 And of course, things wouldn't be right if I wasn't making wallets. Here are some trucker wallets and bifolds that were recently completed. The trucker wallets are vegetable-tanned and were lightly oiled, and the bifolds are something of an experiment. I used a green leather that may or may not age well, so these will probably be sold for cheap: 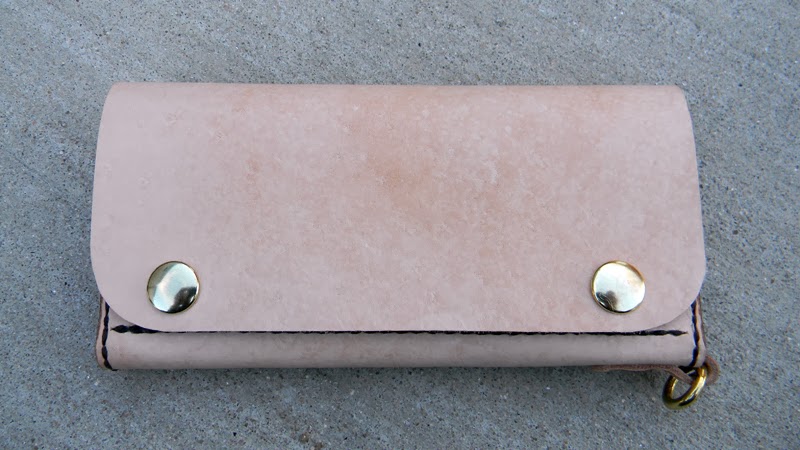 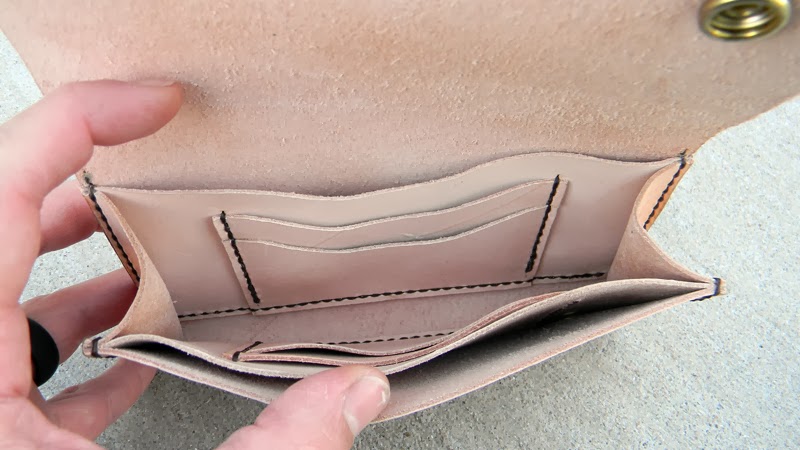 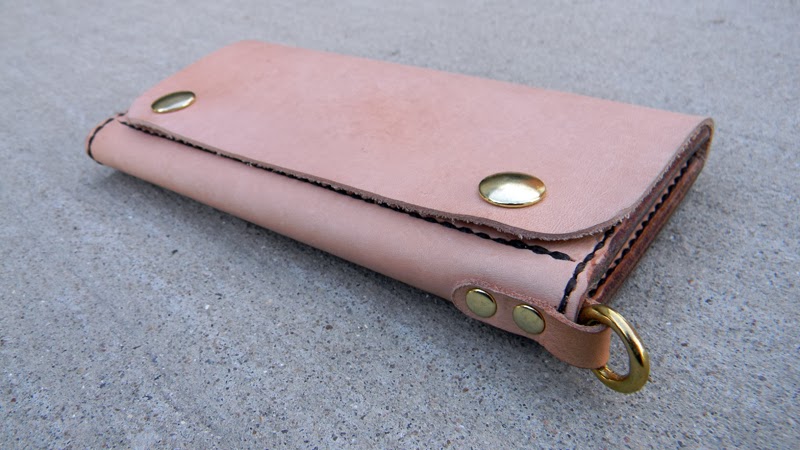 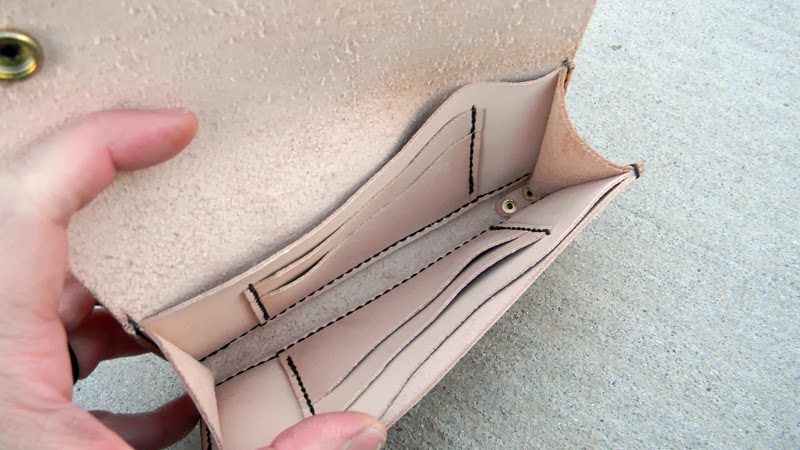 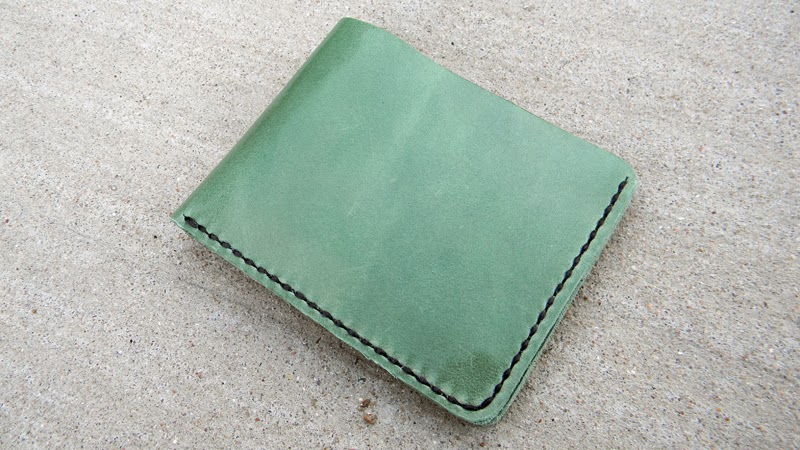 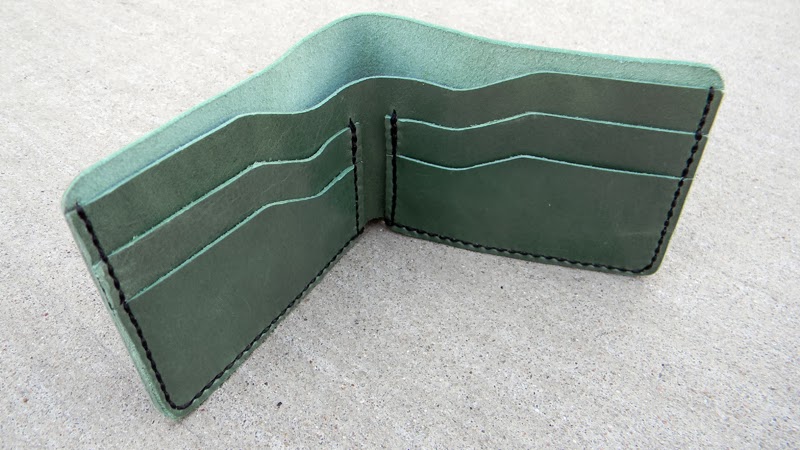 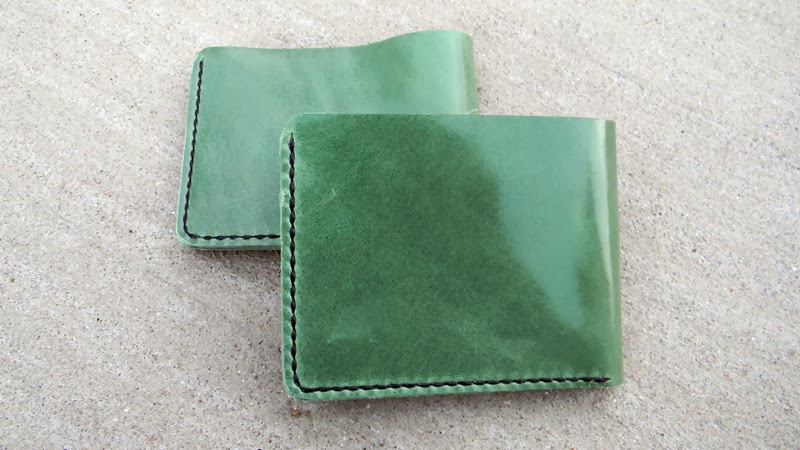 Side note - I think I might stop making so many of these simple, unfinished, small leather goods. There are so many people doing the exact same thing and there isn't much to distinguish these from what other people are making. I should probably concentrate on the weird things - unique tooled imagery and more items like the isopod clutch. Speaking of clutches, here's one I made for the Arts and Drafts holiday party while elephant gift exchange: 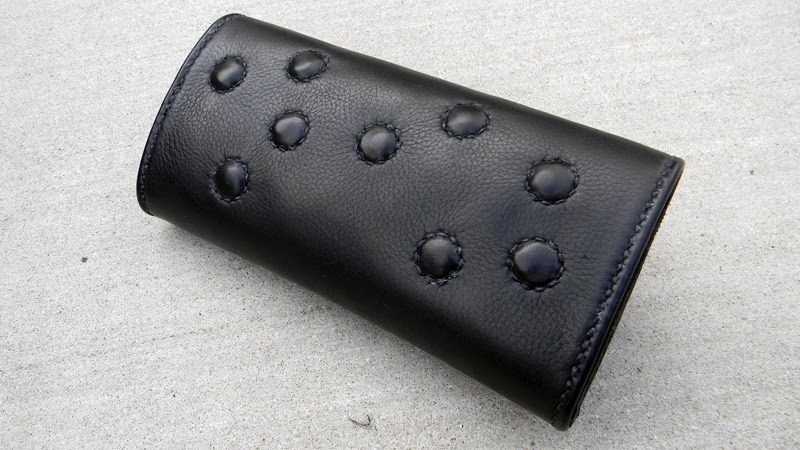 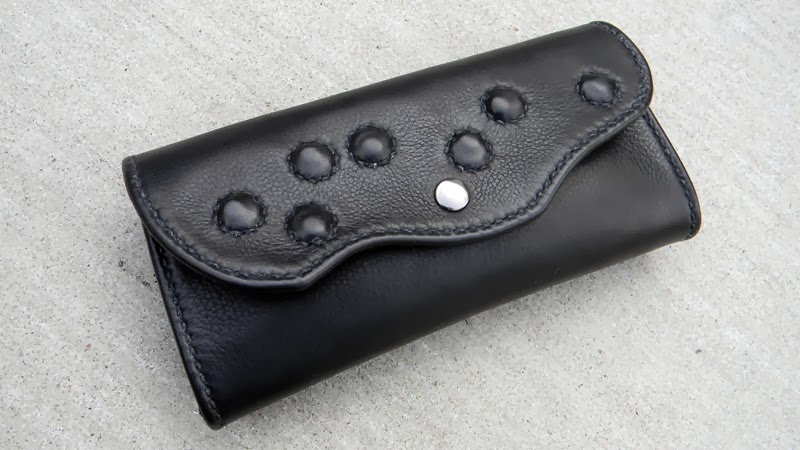 There's been some more carving lately too. First up is a unique exchange - a veterinarian's wife bought one of my brass teeth key fobs for him a while back. She mentioned that he often ended up with extracted animal teeth and asked if I would be interested in any of them. Recently he ended up with a couple of dog teeth, a canine and an incisor, and they asked if I would make him a brass key fob based on the canine, in exchange for the two real teeth. I was definitely interested: 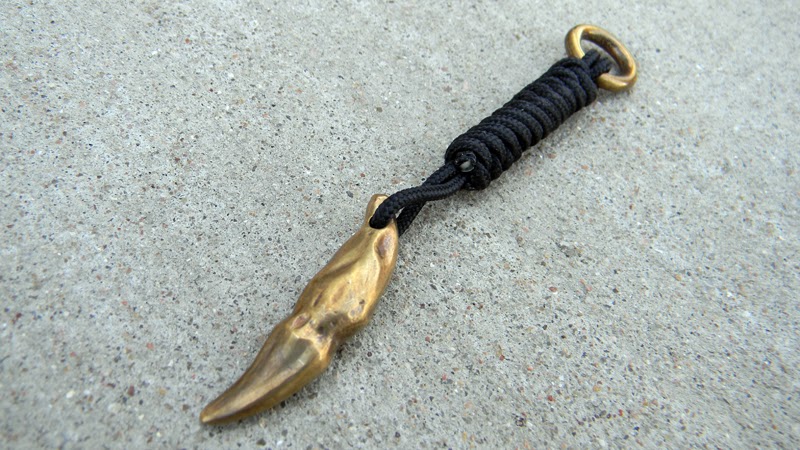 Here is the canine I was given, and the basis for the carving: 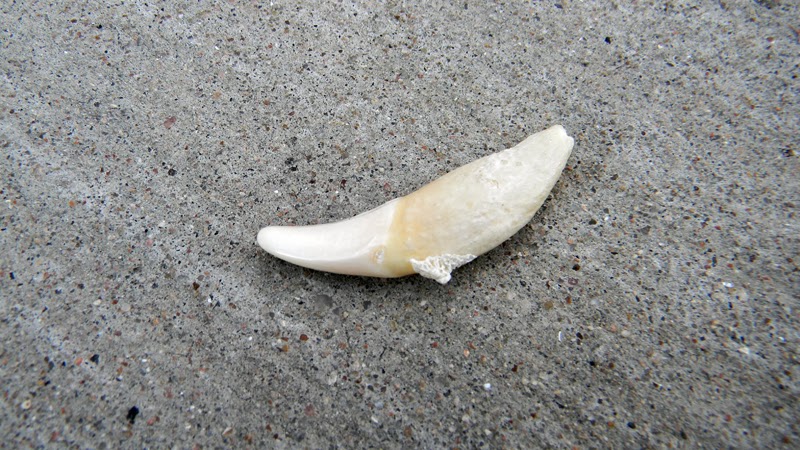 Here's a simple fang/tusk lanyard I carved for one of my pocket knives. It's carved out of elk antler, stained with coffee, and finished with some plaiting and knotwork: 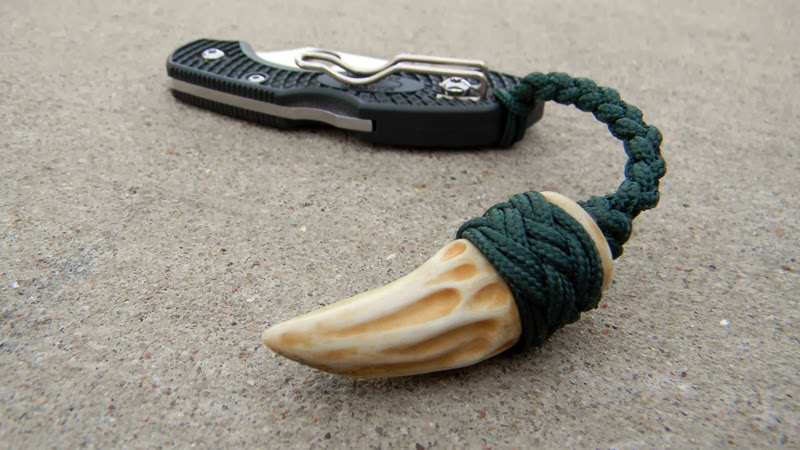 Last but not least, here is the doom turnip I carved for my special lady friend. She's been hooked on a video game called Animal Crossing, and one of the tasks she keeps repeating is the buying and selling of turnips. So, I made her a special one: 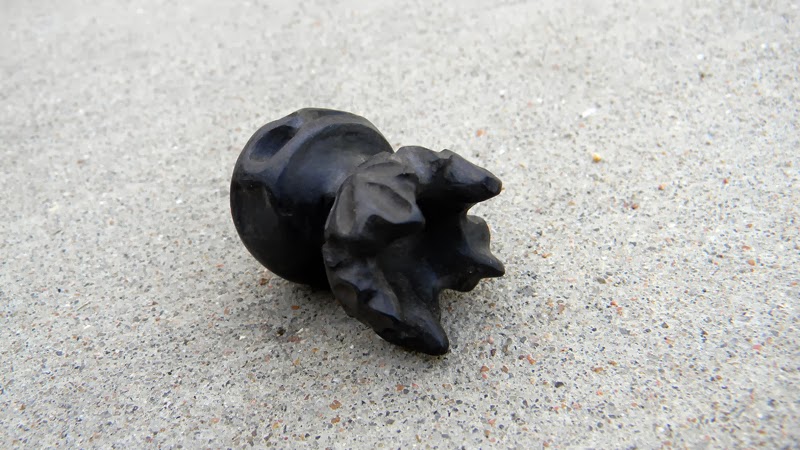 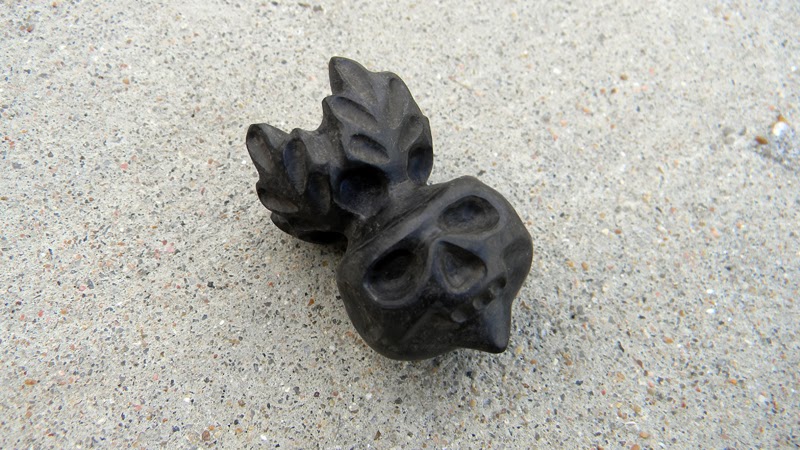 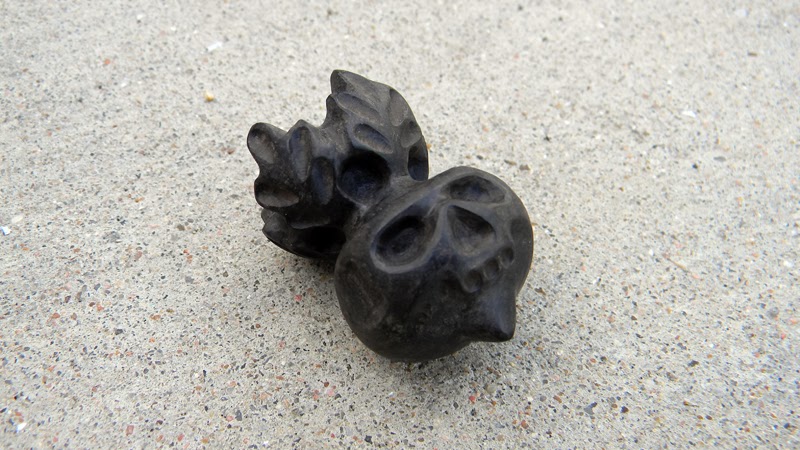 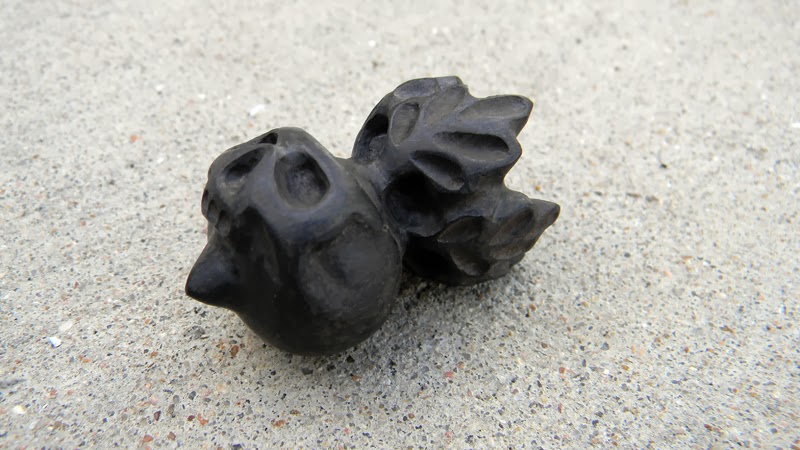 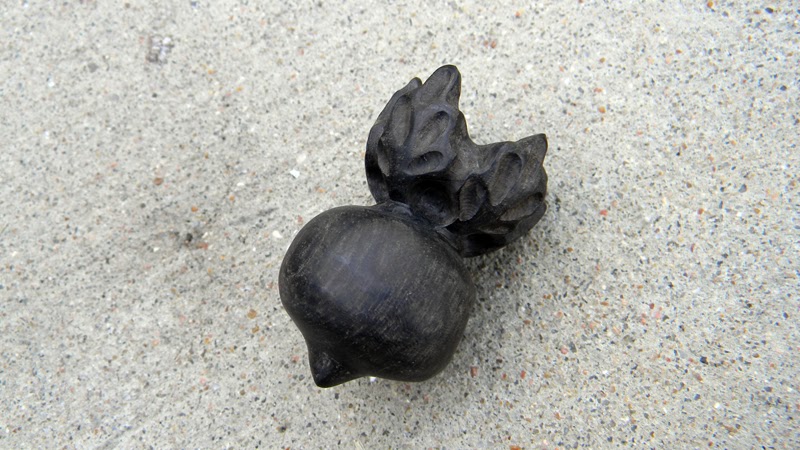 Forgot to include this trade - a friend of my dad wanted to know if I could make him some beer koozies. He'd shot an alligator and had the hide tanned, and wanted me to use this hide. The trade would be that I could keep whatever alligator hide was left over. I ended up using somewhere between one half and two thirds of the hide to make him seven koozies. It's the underside of the gator, so it's not as ridged and knobby as the back would be, but there's still plenty of variation and texture. They are lined with veg-tanned leather to give them some rigidity and they are designed to be used with a real koozie inside. The tricky part was the sizing - long neck bottles, short neck bottles, and cans all have different diameters. The owners of these will need to use different koozies for different beers, but I don't think that will be a problem: 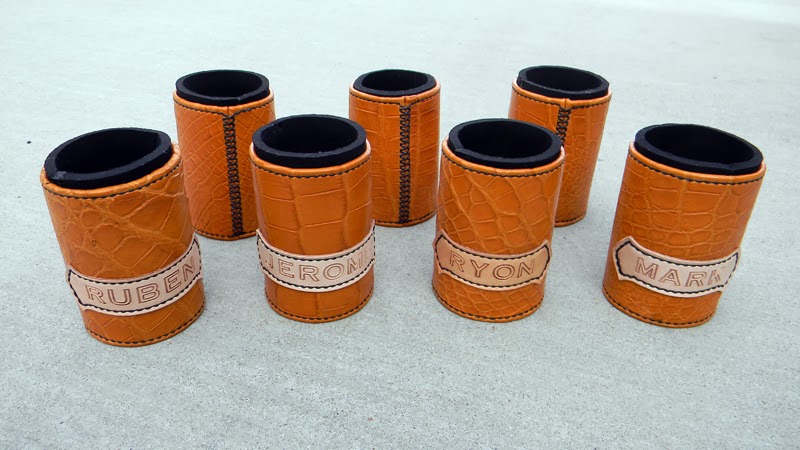 Posted by wombatsucker at 1:31 PM No comments: